The Critical Role That Stairs Play 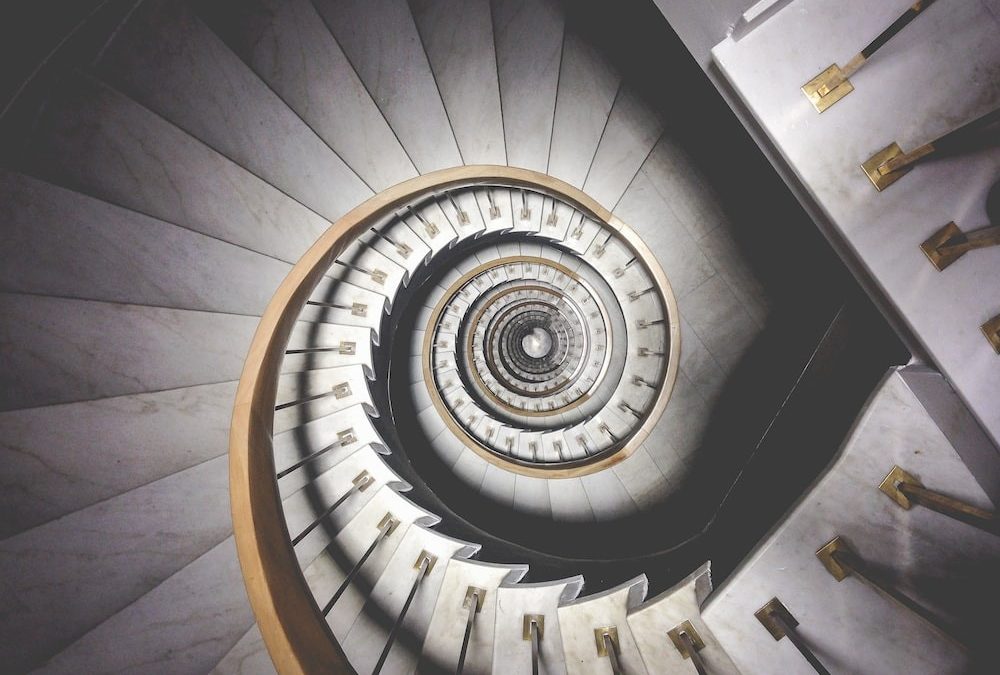 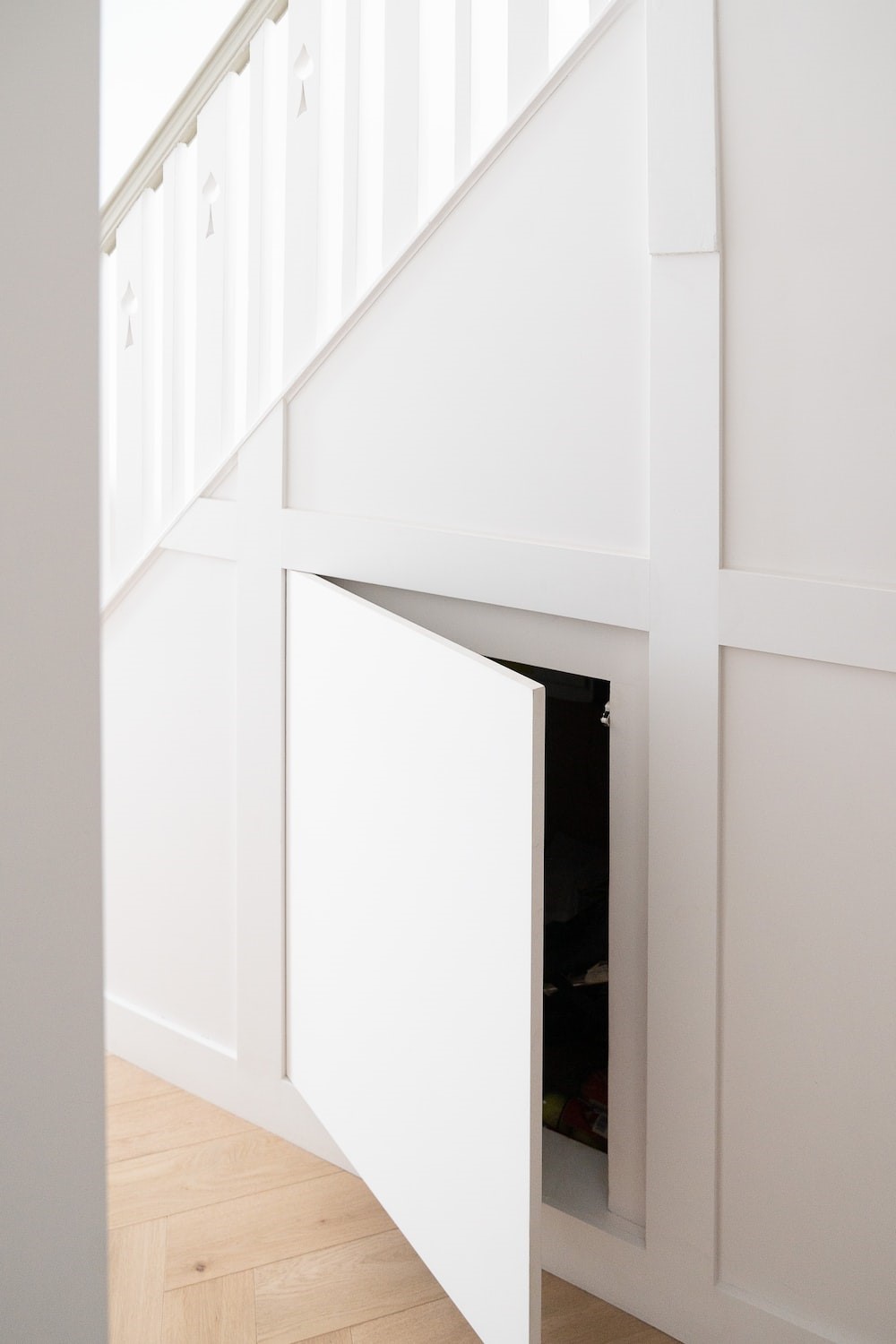 2. Give People Access to Underutilized Space – Do you have valuable attic space that you could use for storing items that you don’t often use, like luggage, Christmas décor, or receipts that you have to keep around just in case you’re audited? Rather then renting a storage locker from a third party that you have to pay monthly fees on, perhaps it makes better sense financially to just install pull-down attic stairs so you can unlock unused storage that you already own. Most people have attics that feature nothing but cobwebs and a family of racoons or skunks that they never knew were living there. Not only does it make your home even more functional and useful, attic stairs help increase the value of your home, especially if there’s enough headroom there for a person to stand upright. In this case, you’d actually have created an extra bedroom for guests that have to be accommodated. Or if your ceiling is heigh enough, you can have an extra loft bedroom designed and turned your high-ceilinged studio apartment into an actual one-bedroom apartment. No longer will you have to endure sleeping in a futon or sofa bed, you can have a regular bedroom or even just a work area to save yourself from paying coffee or pastries from a nearby coffee shop just to have a regular desk to work on. Whatever you choose to do, you’d have added tremendous value to your space and created more valuable room so that you can do things for yourself for a guest (or guests) who wants to stay over just by adding stairs to reach a part of your home that was inaccessible. 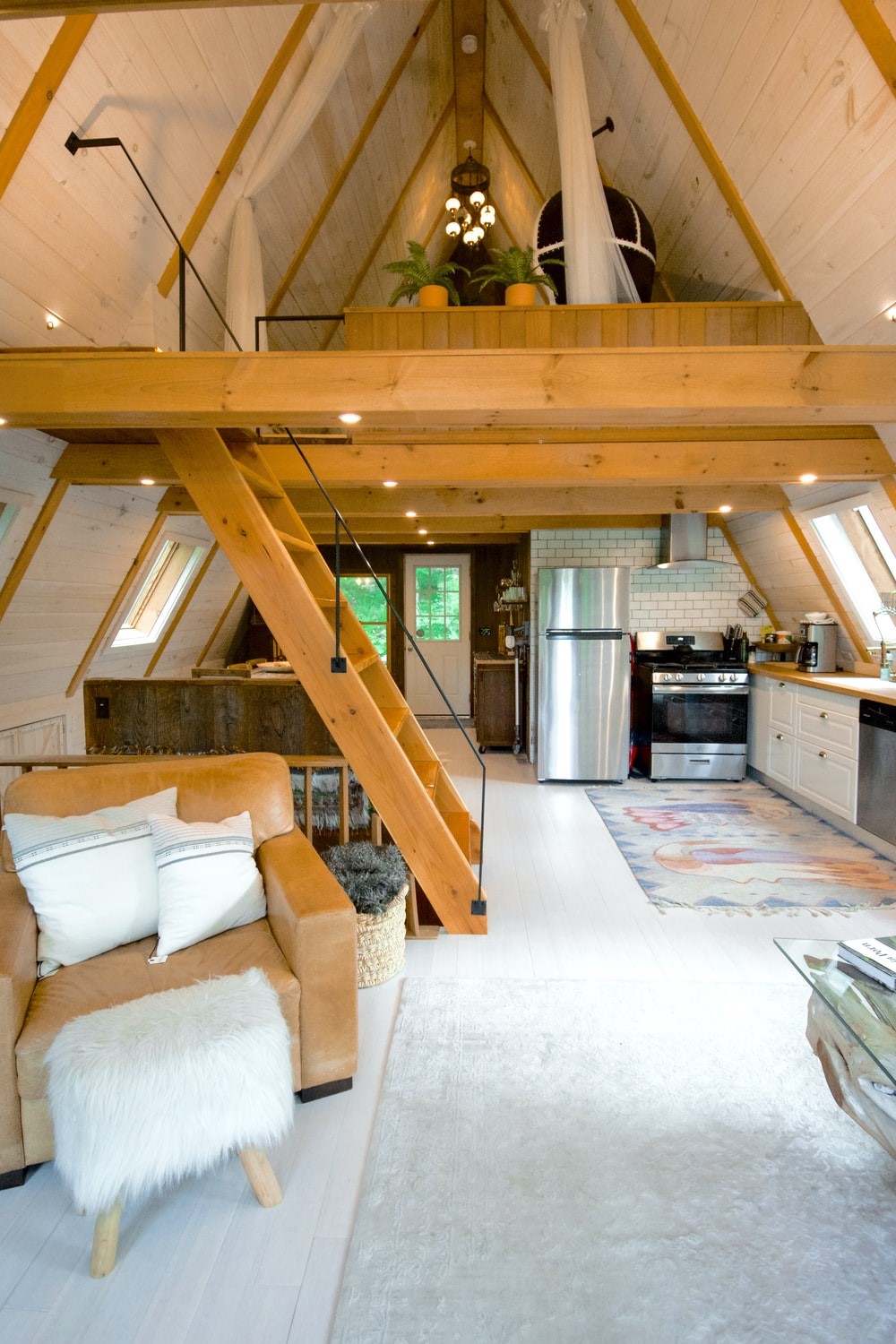 3. Makes for an Interesting Design Feature – A lot of people tend to take stairs for granted and feel that these are nothing but a functional part of a house, or that they simply exist to bring us to where we need to go which is upstairs or downstairs. That’s why I come across stairs that are hidden under carpet and handrails and balusters simply painted white. There’s another way to look at the stair feature of your house, as something that can be imbued with some artistic value and used to inspire us whenever we see it. Occupants of old houses and ultramodern understand that stairs can add a lot of visual drama especially with some planning and careful thought. Older homes look good when the exterior architecture and interior design features are nicely coordinated. In other words a classically styled Arts & Crafts style house designed in the early 1900s deserve stairs that have a handrail that complement the floors and stair treads. You can use simple iron balusters in black for greater visual impact. For more contemporary homes, you can use a combination of materials like a clear sheet of glass for your ‘handrail’ (eliminating the need for any balusters in this case) and simple black metal or aluminum stair treads. Some people have gone completely minimal and done away with a handrail altogether and have floating stair steps that are securely attached to the wall on one side and freely float on the opposite side. It’s mesmerizing to behold as your staircase has transformed from “utilitarian part of the house” to “dramatic piece of sculpture”. Whatever you decide to do, consult with your designer to see how to turn your staircase into a work of art. 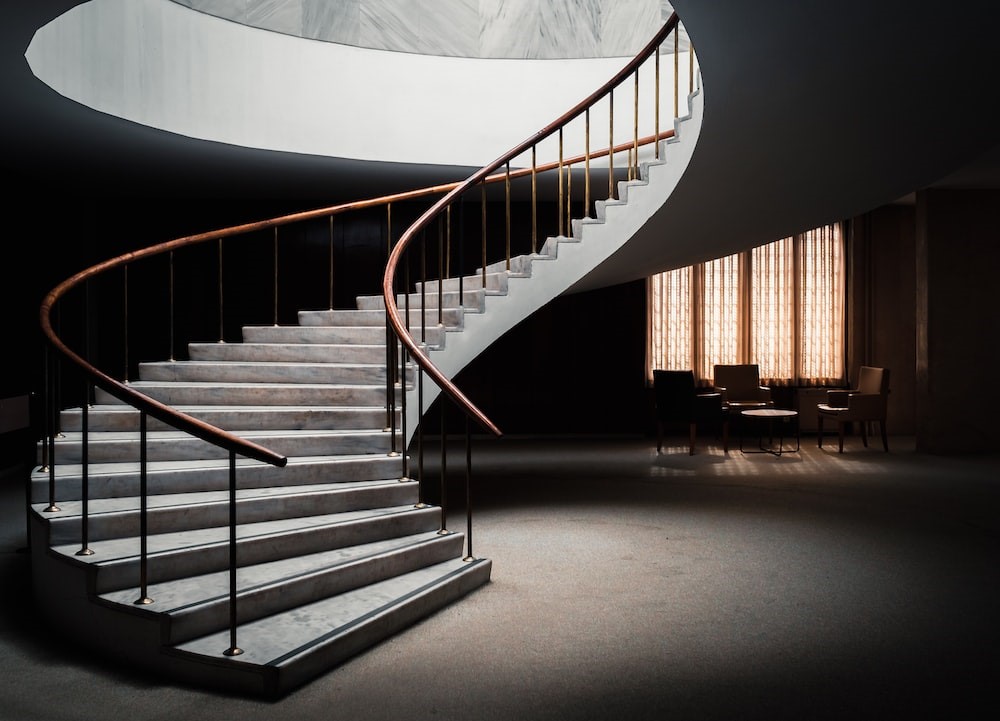 4. Allows More People to Live in a Denser Area – If there’s anything that stairs have played in people’s lives, it has allowed to live in very crowded cities that leave builders no choice but to build upwards instead of sideways. A good way to think about this is how homes in California, for example, compare to homes in Amsterdam (pictured below) which are tall and skinny. In the suburbs of LA, you don’t need to have stairs at all. Because properties are fairly large, you can construct a home to exist solely on one level (also referred to as a ‘bungalow’ or ‘ranch’ style house). Residential space in Amsterdam have to deal with a different problem, which is scarce and expensively priced real estate. That is why builders in very dense cities often have to build upwards, constructing rowhouses or duplexes in the downtown area that are just as expensive (or sometimes even more expensive) than single-detached homes in the suburbs. Without stairs, people would be living in small apartments that only have one floor. Stairs make it possible to build upwards, since there’s very little to stop developers from building upwards on tiny plots of land such as what they’re currently doing in cities worldwide. Without stairs, stacked houses as townhouses and duplexes are called wouldn’t be possible, except they tend to have narrower layouts. And your natural light tends to come from two sources, the front and the rear of the house, as these are the only places you can put windows in, especially for non-corner rowhouses or duplexes. Single detached homes in the suburbs on the other hand can have windows on 3 or even four sides of the house, making cooling and lighting your home much easier, unlike rowhouses that have to be warmed up or chilled mechanically which people are increasingly trying to do without as naturally heating or cooling your house is a much greener way to live. 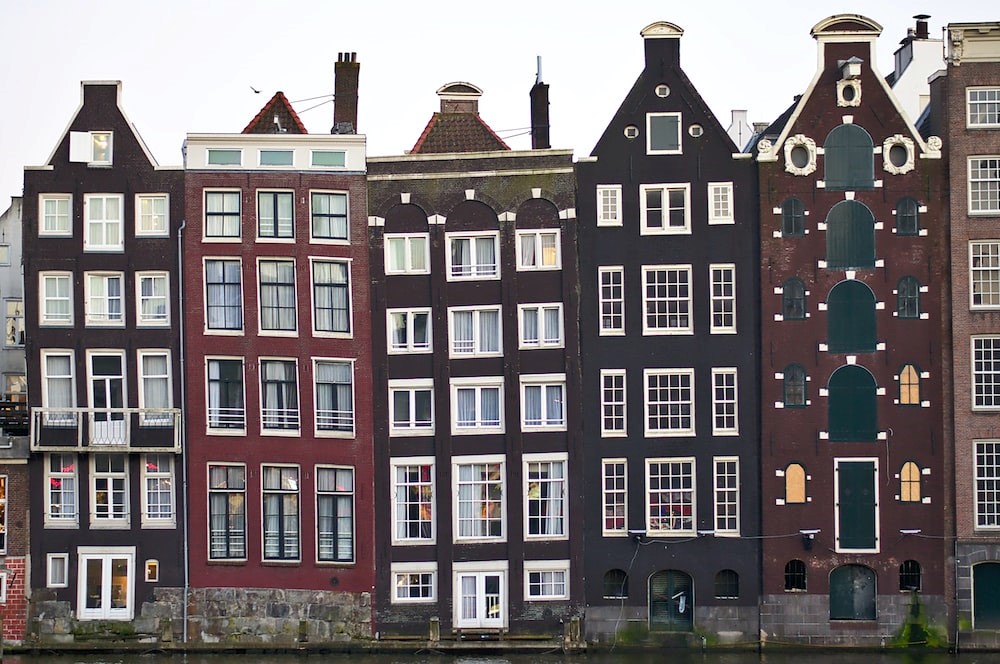 5. Makes People Healthier by Forcing them to Exercise – One of the reasons people enjoy living downtown versus the suburbs is the idea of walking up and down their house. Developers no longer have the luxury to build wide duplexes or rowhouses over two floors as they once used to. Contemporary rowhouses in big cities like Vancouver for example usually go 4 stories high as the cost of land has skyrocketed forcing developers to build skinnier and taller buildings. The more floors you have the more times you’ll probably need to go up and down your house throughout the day. For people who aren’t a fan of walking or going to a health club for exercise, going up and down stairs out of necessity provides a valuable health benefit which is to burn calories. In fact, a townhouse will force you to go up and down 3 or more times a day or a minimum of 52.8 kcal per day. Doing that 6 times means you’re burning 105 kcal a day. Living in a bungalow or ranch-style house eliminates the need for climbing up and down steps. The funny thing with rowhouse dwellers though is that they know that all the climbing has to stop once their knees give way, so they eventually have to find a single-level apartment to live in as they get older. But while you’re young, there’s no stopping families from wanting to live in duplexes and rowhouses that give them an added health benefit of being more physically and mentally active. Studies done by Corcordia University have shown that climbing stairs also has the added benefit of slowing down mental deterioration. In fact, researchers showed that the brains of stair climbers appeared to be physically younger compared to people who don’t climb stairs as much. 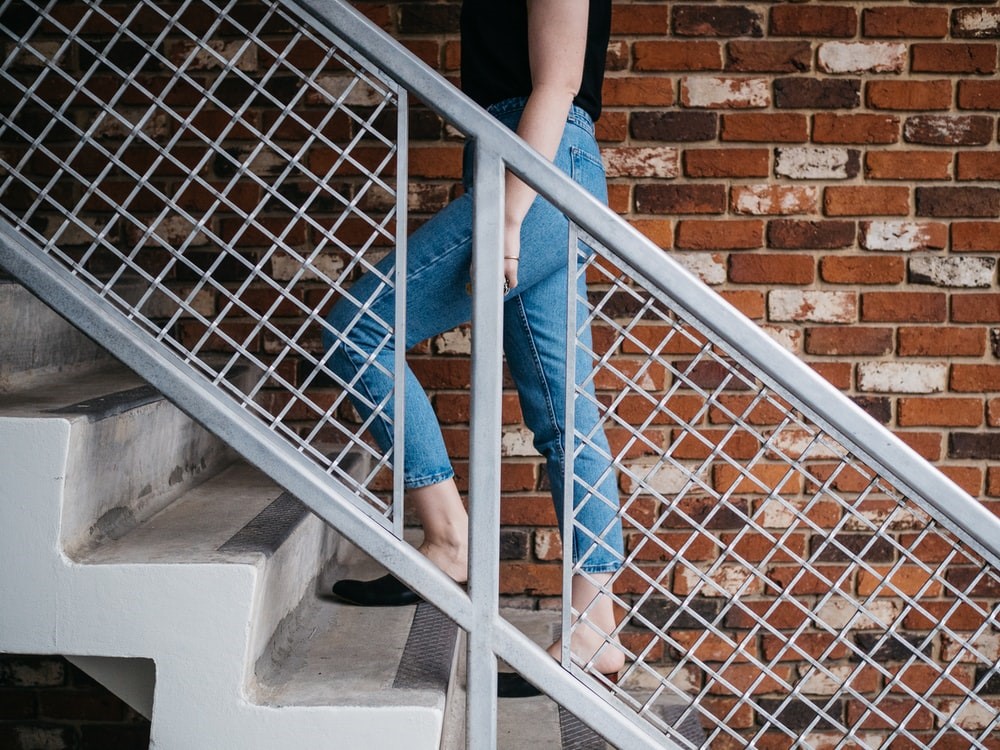