I first came across Pam Gotanggco-Hupp’s work back in April 2018 while she was exhibiting her paintings at the “Essence” exhibit in North Vancouver’s Community Council Artspace.

I was struck by the interesting fusion of striking colours, pop culture, feminine figures, and Asian motifs to create unforgettable images and also subtle political messages.

I met up with her again not long after at her mountainside home in Arni, just outside of Zurich, and also dropped by Art 333, which is a gallery near her house where her paintings were also on display. 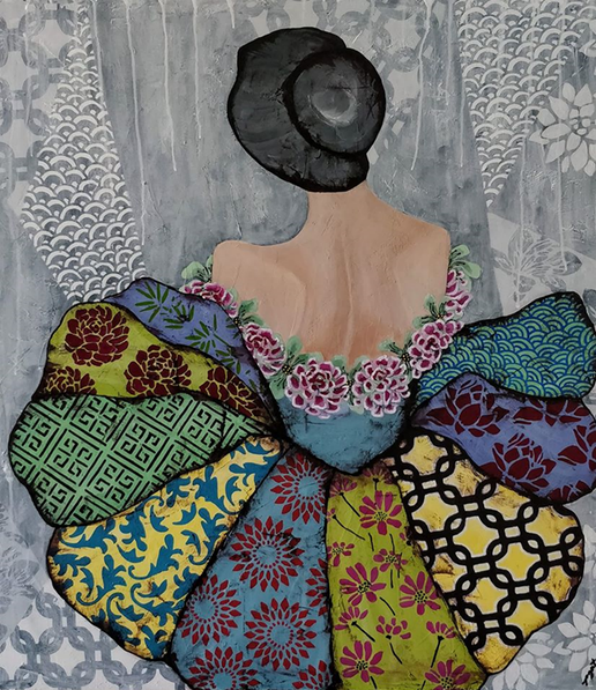 Pam is completely self-taught, having graduated with a communications degree from Miriam College in Manila before becoming a flight attendant.

After several years in the travel business, she worked in the world of information tech as a product manager.

After retiring from corporate life her German husband, Matthias, encouraged Pam to pursue painting full time, as she had been drawing on the side for most of her life.

She has used her background in business and marketing to develop a global following and has managed to join art shows around the world such as Art International Zurich, SCOPE Basel, the Carousel du Louvre in Paris, and Manila Art Fair 2015.

She is definitely an artist to watch out for in case you’re considering investing in a newer artist whose stock is on the rise.